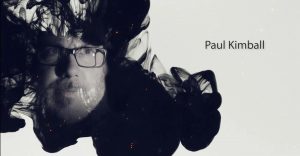 Paul Kimball is an historian and lawyer by training, and an award-winning filmmaker by profession. Over the past two decades, he has written, directed, and produced a wide variety of programming for television, as well as four feature films. One of Canada’s most experienced investigators and researchers into the paranormal, he has spoken about the subject at numerous conferences and on myriad radio programs, and has written about his investigations, experiences, and theories in his book The Other Side of Truth. He brings an open minded sense of curiosity to his investigations that stems all the way back to his childhood, when he formed a neighborhood detective agency with his brother Jim (based in their parents’ garage), along with a quirky sense of humour, and a reckless abandon in confronting the unknown that often puts him at odds with more cautious members of the Haunted team, particularly Holly.

Having grown up in a 100 year old house next to a graveyard in the Annapolis Valley, Holly Stevens is no stranger to paranormal energies. But it wasn’t until her foray into the unknown in 2009 with Ghost Cases that she really had  the chance to explore the possibilities of the world beyond with an open mind. Now back into it again with Haunted, there seems to be no turning back. Armed with an analytical mind, thanks to her training in medical science, and an almost empathic, connection with the other side, Holly is driven to explore what lies beyond the veil of  our material world. She believes that there may be a highly complex realm that interacts with us within a fragile set of rules and boundaries, and she is determined to explore it as closely, and as safely, as possible, which leads to conflict from time to time with Paul over what she feels is his more reckless approach to making contact.